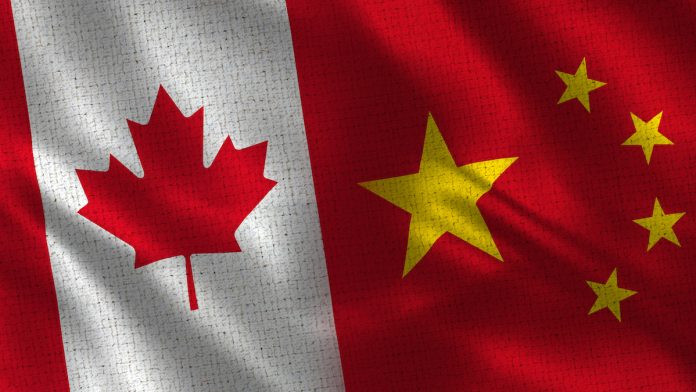 International students from Vietnam coming to study in Canada are the fastest growing cohort in colleges and universities.

But the Vietnam figure is even more remarkable, given that four years ago there were just 4,850 Study Permit holders here, revealing 419 per cent growth since 2015 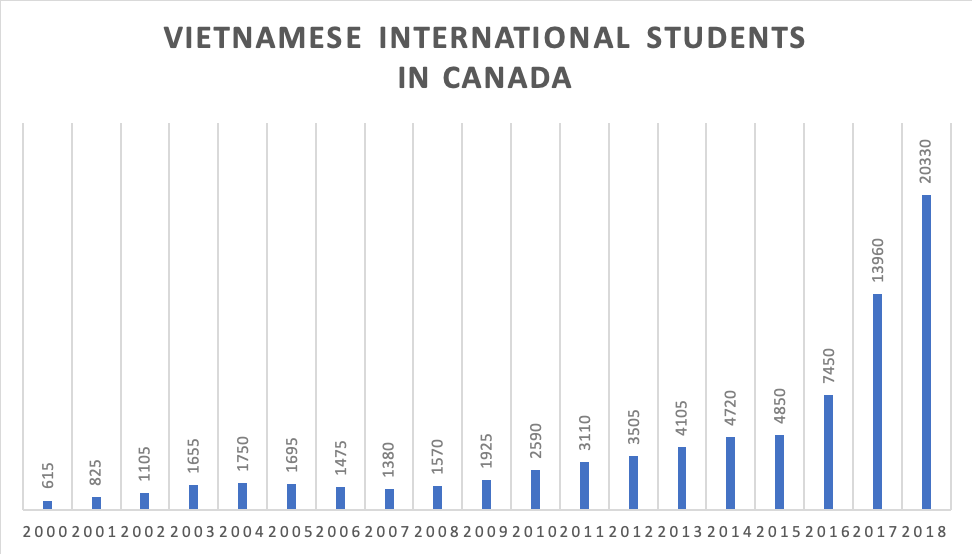 Figures show the number of Vietnamese students in the U.S. is dropping, put off by the anti-immigration policies of Donald Trump’s administration.

As the U.S. figures fall, Canada is best positioned to pick up the slack.

Vietnam students are currently the fifth largest group in terms of actual numbers.

Indians and Chinese dominate the landscape, with Study Permit holders totalling 172,625 and 142,985 respectively.

South Korean (24,195) and French (22,745) sit just above Vietnamese in the list, but will be usurped this year if the current growth trends continue. 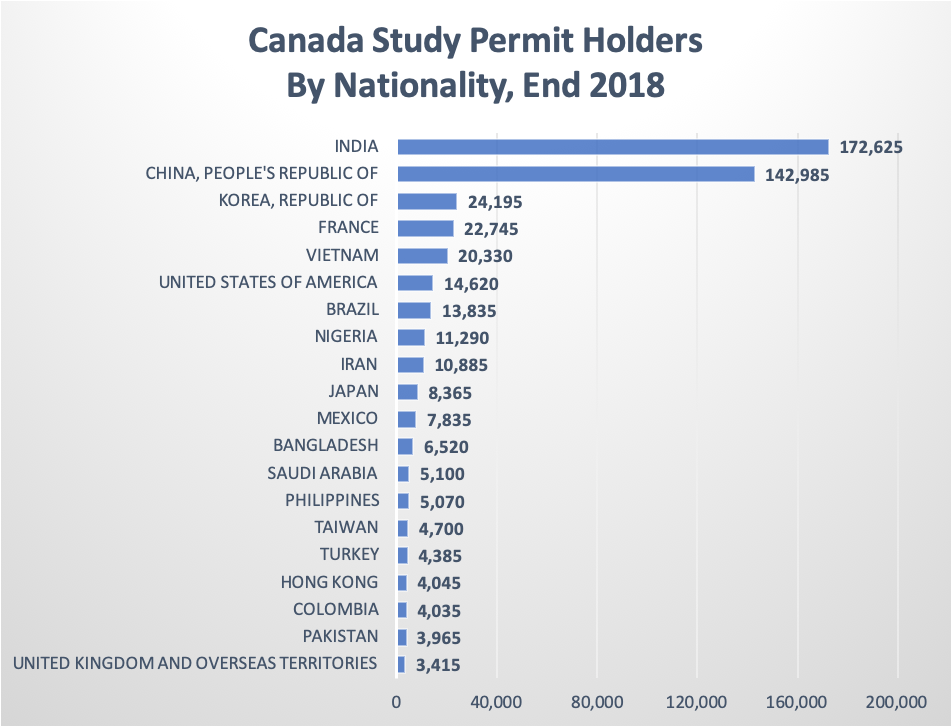 Vietnam is one of the qualifying countries for Canada’s Student Direct Stream, which offers 20-day Study Permit processing for international students.

As well as Vietnam, students from China, India and the Philippines can access the expedited processing provided they meet certain requirements.

Applicants must submit up front proof of:

Importance Of International Students To Canada

At the end of 2018, there were 572,415 study permit holders in Canada. University enrolment alone increased by 15 per cent between 2017 and 2018, according to figures from Universities Canada.

Study Permit numbers have increased 180 per cent in the last decade, as successive governments have recognized the benefit to the Canadian economy of increasing international student levels.

A three-step process has been established in Canada targeting international students. First, they hold Study Permits while in full time education, second, they become eligible for a Post Graduation Work Permit, and third, they can use all the experience gathered to qualify for permanent residence.

It had made Canada one of the more attractive countries in the world for foreign students considering their study options.