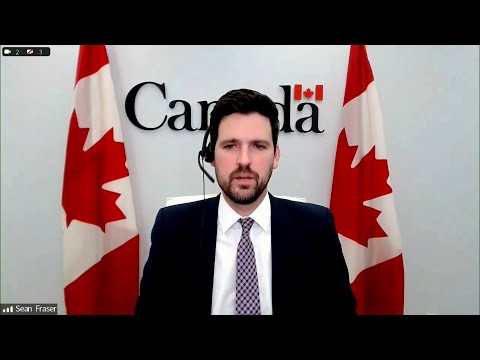 On a conference call Monday, Fraser admitted there was significant work to be done to reduce the inventory before Canadian Experience Class and Federal Skilled Worker invitations can be issued.

Fraser was responding to questions about an IRCC memo from November 2021 that said high-skilled immigration numbers could have to be cut in half in 2022 while the backlog is dealt with.

He refused to confirm hard numbers, saying his immigration levels plan would be delivered before parliament in February.

Instead, the minister said there would be no shortage of economic immigrants arriving in Canada this year across a variety of streams, including the Provincial Nominee Program, the newly-permanent Atlantic Immigration Program and other economic pilots.

“I know that processing delays have been incredibly frustrating for many individuals, Fraser said.

“Helping clients come to Canada quickly, with predictable processing times and efficient communication with IRCC, remains a top priority for me.”

He also had good news for work permit processing, including through the Global Talent Stream, saying processing times would return to the service standard by the end of this year, maybe sooner.

Fraser said he was confident Canada was “winning the global competition for talent”.

“We are the best in the world at welcoming large numbers of economic migrants to fill jobs in our communities,” he said.

Fraser touched on a number of immigration priorities during the call.

In addition to work permit processing, he also committed to returning study permit processing to the service standard by the end of this year, noting there had been a 32 percent increase in the number of applications processed compared to before COVID-19, to almost 560,000.

He also said extra resources would be aimed at processing requests for visitor visas in a bid to assist the tourism industry.

The additional resources come from Ottawa’s promise in the fall economic statement to spend $85 million on reducing backlogs in 2022 and 2023.

Furthermore, IRCC will launch a Permanent Residence Application Tracker in February to allow spousal and dependent family reunification applicants to track the process of their applications. Fraser said the system would be rolled out for other immigration classes in the future.

On citizenship, Fraser said IRCC is working to expand participation in virtual ceremonies, with up to 5,000 applicants a week currently delivering the oath.

He also said a plan was being worked on for candidates to self-administer their oath by signed attestation as a tool to shorten processing times.

Online citizenship testing, launched in November 2020, had also been a success, Fraser said, with 5,000 applicants per week completing the test online.