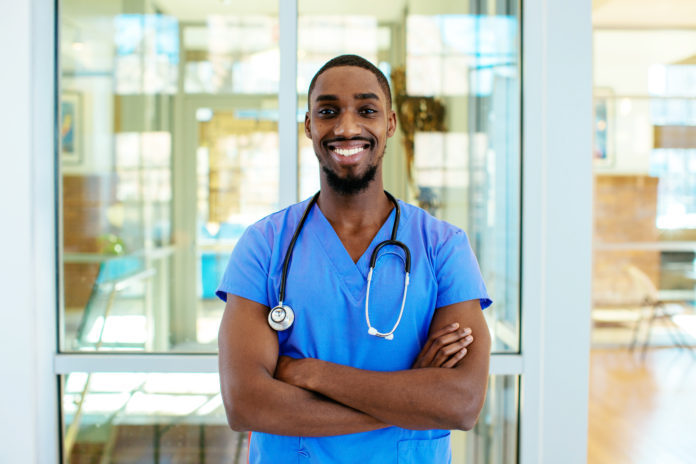 The Nova Scotia job market is great for foreign nationals looking to immigrate to the Atlantic Canadian province through economic immigration programs.

Statistics Canada figures show that job vacancies in the province were up by 52.1 per cent in the second quarter of this year compared to the same quarter last year.

And the number of jobs going begging for a lack of people to do them was then on an upward trajectory, climbing 27.1 per cent from the first to the second quarter of this year.

Those positions were still waiting to be filled in the second quarter of this year despite employers adding 21,240 employees to their payrolls during the year that ended on June 30. Wages during that period rose 4.3 per cent.

“What’s more, the government is rolling out its record $1.6 billion capital plan through projects like the QEII Health Sciences Centre.”

In their latest Provincial Economic Forecast: Most Economies to Narrowly Keep Their Heads Above Water in 2023, released in late September, the economists also noted the services sector was then still going strong.

“Re-openings and a hot housing market have spurred solid hiring in industries such as accommodation and food services and finance, and real estate. Meanwhile, job growth in professional, scientific, and technical services industries has been even stronger,” they wrote.

Record population growth in Nova Scotia is pushing up consumer spending and investment – and likely to do so over the next couple of years – even as inflation acts as a dampening influence, stated the economists.

Here are the top 10 most in-demand jobs in Nova Scotia for any foreign national considering economic immigration programs to the province.

With construction going strong in Nova Scotia, demand for workers in the construction trades is very high right now.

In early November, Indeed had 205 job listings for those wanting to work in the construction trades in Nova Scotia and Job Bank data shows the median annual income for these workers is $37,050 in that province based on a standard, 37.5-hour work week.

The people who work in retail stores greeting customers, showing them the merchandise, racking up sales and restocking the shelves are in great demand in Nova Scotia with 681 job listings on Indeed in early November in that province.

Based on a standard work week, Job Bank data indicates these workers earn a median annual income of $26,050 in Nova Scotia.

Across Canada, Job Bank forecasts a labour shortage of 7,400 workers in retail sales through to 2028.

In early November, there were 207 job listings for registered nurses in Nova Scotia on the Indeed.ca job website.

This occupation comes with a median annual wage of $76,050 in that province based on a 37.5-hour work week.

General practitioners and family physicians diagnose and treat diseases, physiological disorders and injuries. In Nova Scotia, they make a median annual salary of $192,606.

Specialists, a category that includes surgeons, diagnose and treat diseases and physiological or psychiatric disorders and act as consultants to other physicians. The Nova Scotia median annual salary for a surgeon is $236,222.

In early November, Indeed had 181 job listings for accountants in Nova Scotia where the median annual income for these professionals was $64,993 based on Job Bank data for a standard, 37.5-hour work week.

Those workers who operate the heavy equipment used in the construction and maintenance of roads, bridges, airports, gas and oil pipelines, tunnels, buildings and other structures, in surface mining and quarrying activities, and in material handling work are in demand.

Employed by construction companies, heavy equipment contractors, public works departments and pipeline, logging, cargo-handling and other companies, these workers have a median annual income of $42,900 based on a standard work week in Nova Scotia.

Restaurateurs in Nova Scotia are having a tough time of recruiting cooks and servers as the hospitality sector faces a massive labour shortage.

Indeed listed 472 jobs for cooks and another 290 jobs for servers in Nova Scotia in early November.

The median annual income for a cook or a server in the province’s hospitality sector, based on a 37.5-hour work week, is $27,300.

Drivers get materials, consumer goods and people where they need to be and are in big demand in Nova Scotia with Indeed listing 480 jobs for these workers in early November.

“Whether you have the credentials to operate large commercial vehicles or the detail-oriented nature required for local deliveries, chances are you can find an open position to match,” notes Randstad.

Truck drivers in Nova Scotia earn a median annual wage of $33,150 based on a standard work week, according to the government’s Job Bank website.

“This is one of the top jobs in part because businesses of all types and sizes need developers to create app solutions, develop or maintain in-house software or help implement cloud or other technologies,” notes Randstad Canada.

In Nova Scotia, software developers earn a median annual wage of $63,414 based on a standard, 37.5-hour work week, Job Bank data reveals. The Indeed job website had 274 such job listings in Nova Scotia in early November.

In hotels and motels, resorts, hospitals, schools and stores, office buildings and private residences, these are the people who keep the filth at bay and everything looking and smelling clean.

The desire to keep things clean didn’t end after the first few waves of the COVID-19 pandemic and the public health restrictions. There continues to be a massive need for these workers and they are in short supply.

In early November, Indeed had 444 job listings for light-duty cleaners in Nova Scotia. According to Job Bank data, they earn a median annual income of $28,372 for working a standard, 37.5-hour work week.