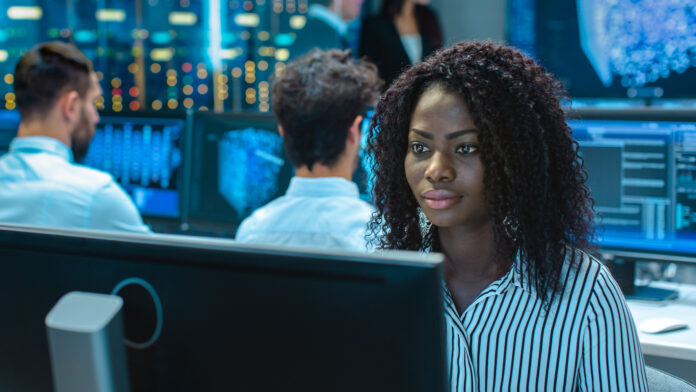 American tech workers suddenly facing job losses can look to the fast-growing tech sectors in Toronto, Calgary, and Vancouver to land jobs and immigration to Canada.

Fintech behemoth Robinhood is reported to have slashed more than 1,000 jobs this year. Beauty brand Glossier cut 80 jobs, mostly on its technology side. By late June this year, Netflix had already laid off roughly 450 employees.

And then, there’s billionaire Elon Musk’s paring down of Twitter. Within a week, Musk had reportedly axed about half of Twitter’s 7,500 employees.

But, even as many U.S. tech companies are giving many of their employee’s pink slips, Canadian companies are screaming for tech talent.

On the Indeed job website, there were 15,036 jobs for software developers, 2,826 for cloud architects,  2,008 for web designers, 988 for data scientists, and 3,713 for computer systems analysts in late November.

Tech jobs are growing fastest in Toronto, Calgary, and Vancouver than those cities can churn out skilled workers to fill those positions, notes CBRE Research.

Toronto was ranked the number three tech market in North America and Vancouver came in at number eight. In the North American tech industry, Toronto is a young lion, demonstrating tremendous growth during the five years which ended in December 2021.

Other reports also put Calgary and Montreal among the top North American cities for the tech sector.

Among emerging Canadian tech markets, Quebec City in the francophone province of Quebec also grew by leaps and bounds during those five years.

The impressive growth of the tech sector in southern Ontario has now reached such a critical mass as to make it an innovation hub.

“Toronto, Seattle and Canada’s Waterloo Region round out the top five most concentrated tech markets, ranging from 9.6 per cent to 10.3 per cent of their total employment,” stated the report. “This sizeable concentration of highly-skilled workers offers an environment conducive to innovation.”

In that article, Pythian chief technology officer Paul Lewis was quoted as saying the IT skills shortage in Canada will likely last at least two more years.

“We haven’t gotten to a point where it has started to slow down yet,” he reportedly said. “I’m not sure we’ve passed the peak or we’ve even hit the peak.”

Employers hoping to hire a foreign national can avail themselves of international talent and labour through the Temporary Foreign Worker Program (TFWP), and the International Mobility Program (IMP).

Under normal circumstances, the Global Talent Stream (GTS), a part of the TFWP, can lead to the granting of Canadian work permits and the processing of visa applications within two weeks.

That in turn gives those workers Canadian experience, a foot in the door, which boosts the number of points they get through the Comprehensive Ranking System (CRS) should they apply for permanent residence through the Express Entry system which receives immigration applications online.

Through the Express Entry system, foreign nationals can apply for permanent residence through a number of pathways, including the Federal Skilled Worker  (FSW) program.

It’s open to those who have gained one year of paid work experience within the last decade in jobs categorized as TEER 0, 1, 2, or 3 of the National Occupational Classification (NOC) 2021 system.

Applicants under this program must also take a language test to prove that they possess sufficient language skills to establish themselves in Canada successfully. Language tests evaluate an applicant’s abilities with regard to the following:

In order to be eligible for the FSW, an applicant needs to obtain at least Canadian Language Benchmark level 7 in all categories and show that they have enough money to support themselves and their families once they arrive in Canada.

Throughout Canada, the provinces operate their Provincial Nominee Programs (PNP) in partnership with Immigration, Refugees and Citizenship Canada (IRCC) as a two-stage process.

Under that two-stage process, applicants seek to be nominated by the provincial government, and then, if nominated, can apply for permanent residence to the federal government through the Express Entry system.

In British Columbia, home to the thriving Vancouver tech scene, immigration officials expedite the processing of immigration candidates in 35 in-demand technology occupations through the BC PNP Tech stream.

Weekly invitations are issued to candidates in those occupations in the British Columbia tech sector who still need to meet the basic requirements, including a minimum one-year job offer from an employer in that province.

Those 35 in-demand occupations under the BC PNP Tech stream are:

There are nine targeted tech occupations with draws of candidates with profiles in the Express Entry pool as part of this stream.

Alberta, where Calgary is increasingly heralded as a burgeoning centre of Canada’s tech industry, has its Accelerated Tech Pathway under its Alberta Immigrant Nominee Program (AINP).

It provides expedited processing to foreign workers who are currently working for, or have a job offer with, an Alberta-based tech industry employer in any one of 44 eligible tech occupations.

Those eligible occupations are:

“As Saskatchewan emerges from the impacts of the global pandemic, our technology sector will be an important driver of economic growth,” Immigration and Career Training Minister Jeremy Harrison said.

“The new Tech Talent Pathway provides our Saskatchewan employers with a dedicated stream for the attraction of highly skilled talent into our thriving technology sector.”

To be eligible, candidates must have an offer in one of the 17 eligible occupations and meet the language skills, work experience, education and licensing requirements.

Those eligible occupations are:

In the francophone province of Quebec, too, there is a program to help tech sector workers immigrate.

The permanent immigration pilot program for workers in the artificial intelligence, information technologies and visual effects sectors was launched in April last year and is slated to end on Jan. 1, 2026.

Unlike other provinces, Quebec runs its own immigration programs. Those foreign nationals who want to immigrate to Quebec through this program must submit an application, get a Certificat de Sélection du Québec (CSQ), and:

This new program, which only accepts 550 people and their family members per year, including 275 Quebec graduates and 275 foreign workers in the information technologies and visual effects sector, has already reached its limit for this year.