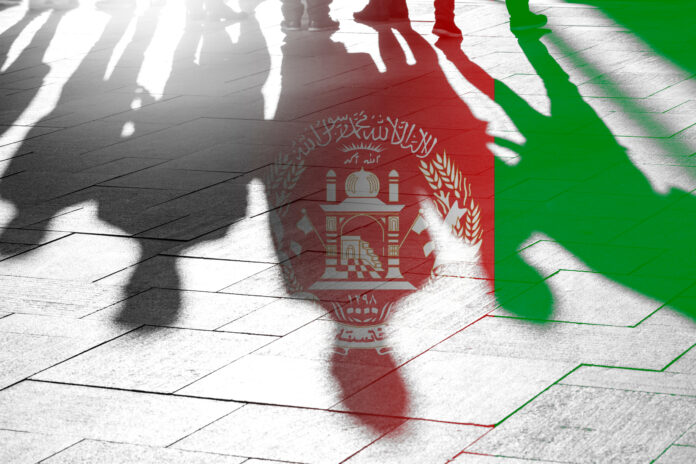 Canada immigration news: Ottawa says it is still is allowing Afghans to flee from the Taliban to Canada, denying news reports it is turning off the tap of a special pathway – but it’s clear the program is drawing to an end.

In a CBC News report, the broadcaster claimed earlier this week the federal government is no longer taking referrals for that immigration program which gave former Canadian Armed Forces or Canadian government personnel and their families priority to come to safety here.

Not so, says Emilie Simard, director of issues management and parliamentary affairs at Immigration, Refugees and Citizenship Canada (IRCC).

“Our commitment of bringing at least 40,000 vulnerable Afghans to Canada has not waivered and it remains one of the largest programs around the world,” the IRCC spokesperson noted in a statement e-mailed to Immigration.ca.

Ottawa maintains is has not closed the special immigration program for those who assisted the Government of Canada.

“As part of our commitment to Afghanistan, the government developed a special immigration program to offer a resettlement pathway to Afghans – and their families – who had a significant or enduring relationship with the Government of Canada,” noted Simard.

Afghans who expressed interest in the program and whose connection to Canada could be verified were – and are – being referred to the IRCC by the federal government and its Department of National Defence.

Ottawa has already received more than 15,000 applications in various stages of processing and the IRCC is still sending out Invitations to Apply (ITAs) to additional referrals, said Simard.

Special Immigration Pathway For Afghans Has A Cap Of 18,000 Spots

But the maximum number of spots in that program is 18,000, according to the federal government’s own website.

“This special program aims to resettle 18,000 people,” states the website.

“To be eligible for this special program you must meet all the requirements below:

On social media, it’s clear at least some Afghans who were hoping to come under that special pathway are now looking elsewhere out of frustration.

“Mr. Sean Fraser, please let Afghan interpreters know their eligibility – and not just their eligibility for the special program as we filled the webform and applied through e-mails since August 2021 but still haven’t received any response from the IRCC,” tweeted one.

In response to that frustration, the federal government is urging any Afghans who might not be able to come to Canada through the special immigration program to check out its humanitarian stream.

IRCC Suggesting Some Afghans Come To Canada Under Humanitarian Program

It was created to welcome vulnerable Afghan refugees, including women leaders, human rights defenders, persecuted and religious minorities, LGBTI people and journalists, who can then come to Canada as government-assisted or privately-sponsored refugees.

The IRCC also introduced a pathway to permanent residence for 5,000 extended family members of Afghans who worked for or assisted the Government of Canada or the Canadian Armed Forces and who immigrated to Canada under previous public policies implemented in 2009 and 2012.

“We continue to process applications as quickly as possible and IRCC will continue to communicate directly with approved applicants in Afghanistan and neighboring countries to provide them with the information they need to make informed decisions,” noted Simard.

Advocacy groups working to help Afghans left behind, though, say that’s not enough. They are urging everyone to lobby Immigration Minister Sean Fraser and demand that the special immigration pathway be extended for another year.

“Thousands of Afghans who are eligible for the Special Immigration Measures (SIM) program and who applied have received only silence with no word on the processing of their applications,” notes Canadian Women for Women in Afghanistan on its website.

“Now, Canada is planning to close the program. If the doors to the SIM program close now, we will be abandoning key allies who supported our values in Afghanistan. Extending the program by 12 months will allow a maximum number of vulnerable Afghans, who do not have other pathways available, to reach safety in Canada.”

Set up only a few weeks before the fall of Kabul to the Taliban in August last year, the special immigration pathway held out a lot of hope for Afghans desperate to leave their war-torn homeland.