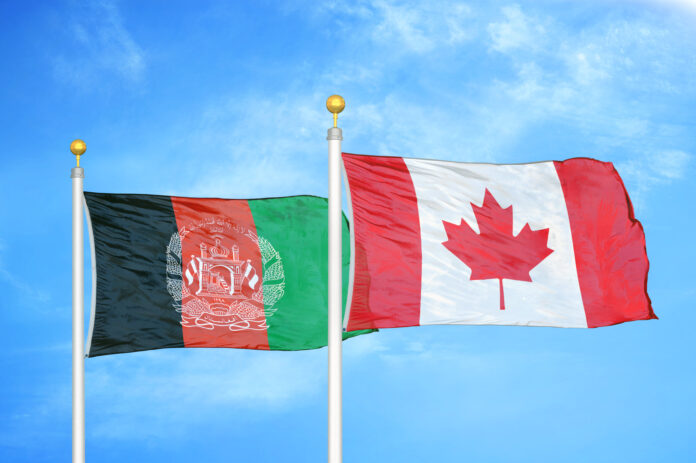 Canada immigration news: As it looks to ramp up efforts to help those fleeing Taliban rule, Canada has passed the milestone of welcoming 15,000 Afghan refugees over the last 10 months.

“I can’t help but think of the strong and resilient Afghan newcomers I’ve met over the last few months.”

Fraser has earlier given a shout-out during Pride month to a non-profit organization that supports people seeking refugee protection in Canada because of persecution based on sexual orientation, gender identity, gender expression or HIV status.

“Do you know Canada was one of the first countries to have launched a special humanitarian resettlement program for vulnerable Afghans, including members of the LGBTQ2 community?” tweeted Fraser.

The figure may seem like cold comfort to those Afghans still waiting for decisions on their refugee claims, many of them held up due to the backlog of applications to be processed by Immigration, Refugee and Citizenship Canada (IRCC).

“The majority of Global Affairs Canada employees are left behind in Afghanistan,” replied one Twitter user to the immigration minister. “Please help and process our applications on a priority basis. We need to be evacuated to Canada soon.”

Another Twitter user went so far as to accuse the Canadian government of playing with the lives of people who helped Canada for years.

“We have put our lives in danger to implement the Global Affairs Canada project,” tweeted that user. “Now, who is responsible for the outcome?”

In late July last year, Canada announced a special pathway to provide a safe haven for those who worked for Canada during its mission in Afghanistan.

“So many Afghan citizens put themselves at risk to assist Canada, both during and after our military mission in Afghanistan. Now they face even greater threats from the Taliban and we are doing everything possible to bring them to safety,” said Marco Mendicino, then Canada’s immigration minister.

“Lives hang in the balance, which is why we’re taking timely and decisive action to support the Afghans who supported Canada and offer them a future in this country. Canada will do right by those who did so much for us.”

The COVID-19 pandemic, though, made keeping that promise tough. As of the start of May this year, IRCC staff were still trying to get through a backlog of roughly 2.1 million immigration applications.

“While Canada welcomed the highest number of permanent residents in a single year in 2021 by processing a record number of applications, border restrictions and other pandemic-related factors have led to delays for many applicants and long waits for application updates,” wrote IRCC spokesperson Nancy Caron in an e-mail response to Immigration.ca.

Last year alone, 15,355 new permanent residents to Canada came under the country’s refugee programs. That was down considerably from the 24,430 who came to Canada as refugees in 2019, the last full year before the pandemic.

But refugee claims are expected to skyrocket this year with Canada agreeing to accept an unlimited number of Ukrainian refugees through the Canada-Ukraine Authorization for Emergency Travel (CUAET).

Although Canada has been accepting refugee claims from members of the LGBTQ2 community for well over a decade, the country has stepped up its efforts in recent years.

Five years ago, the Immigration and Refugee Board of Canada announced it was adopting a new guideline regarding sexual orientation, gender identity and expression and sex characteristics, cumulatively known as SOGIESC, as these apply to refugee claimants.

Under that guideline, foreign nationals who are members of the LGBTQ2 community can seek refugee status in Canada in cases where they have reason to believe, based on their own lived experience, that they might be in danger due to their SOGIESC.

Ottawa then followed that up with the Rainbow Refugee Assistance  Partnership (RRAP) in June 2019 to support more Canadians in privately sponsoring LGBTQ2 refugees.

Under a five-year, $800,000 deal, the federal government agreed to provide start-up costs for the RRAP and three months of income support directly to LGBTQ2 refugees. The monthly income support for the remaining nine months of the sponsorship was to be provided by the groups privately sponsoring these refugees.

Under the deal, Rainbow Refugee Society became responsible for submitting all applications under this partnership.

“LGBTQ2 refugees have faced unimaginable circumstances just for being who they are,” said Ahmed Hussen, then Canada’s immigration minister, back in June 2019.

“Canada will protect them and help keep them safe. The LGBTQ2 community has been steadfast in their mission in raising awareness of the unique needs of LGBTQ2 refugees among Canadians and helping these most vulnerable people feel safe at long last.”

By then, the Rainbow Refugee Assistance Pilot, launched in 2011, had already been in operation for eight years.

The influx of new capital and the formal partnership agreement, though, boosted the number of LGBTQ2 refugees that could be resettled, going from 15 per year under the pilot to 50 under the RRAP.

The RRAP also benefitted from the support of the still-new LGBTQ2 Secretariat within the Privy Council Office, announced in 2017 and created at a cost of $3.6 million over three years. It supports a special advisor to the prime minister in developing and coordinating government initiatives on LGBTQ2 issues.