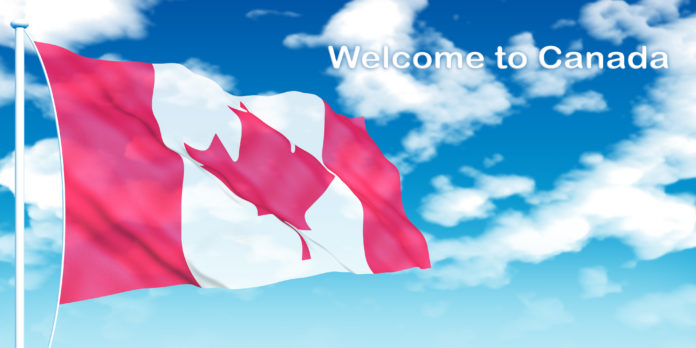 Canada is the most welcoming place on Earth – and far more tolerant than the United States – for immigrants, a newly-released Gallup poll reveals.

On Wednesday, the polling giant released the results of its latest Migrant Acceptance Index.

It asked people living in 145 countries last year whether they thought immigrants living in their country, becoming their neighbors and marrying into their families were good or bad things.

Canada scored the highest score, 8.46, indicating Canadians are the most welcoming people in the world when it comes to immigration.

Most Accepting Countries for Migrants

The United States came in sixth place with a score of 7.95.

“In Canada, residents almost universally saw migrants living in their country (94 per cent) and being in their neighborhoods (95 per cent) as good things, while more than nine in 10 (91 per cent) said a migrant marrying into their family would be a good thing,” the Gallup poll’s authors wrote.

Americans also had a generally favorable view of immigrants but they were less effusive about that welcome.

“Nine in 10 … (Americans) …. said a migrant living in their neighborhood would be a good thing, and similar percentages said migrants living in their country (87 per cent) and marrying into their families (85 per cent) would be good things,” wrote the poll’s authors in their report.

This is the first time Canada has been the number one-ranked country on the MAI.

In the last such worldwide poll conducted in 2016 and 2017, Canada came in fourth place, behind Iceland, New Zealand and Rwanda.

Canada and its southern neighbour each have long histories as countries welcoming immigrants.

A bronze plaque at the base of the Statue of Liberty in New York features a quote from a decidedly pro-immigration poem, The New Colossus: “Give me your tired, your poor, Your huddled masses yearning to breathe free, The wretched refuse of your teeming shore.”

In the past few years, though, the immigration policies of Canada and the United States have decidedly diverged.

Those different approaches are reflected in the attitudes of those leaders’ supporters.

In the United States, Trump supporters scored 7.1 on the MAI. Those who disapproved of Trump’s job performance scored 8.59 on the index, even higher than the average score in Canada.

In Canada, supporters of the Liberal prime minister’s job performance scored 8.73 on the MAI while those who disapproved of Trudeau scored 8.21.

Younger Americans were also more likely than their elders to accept immigrants. Among Americans between the ages of 15 and 29, the MAI score was 8.34. It measured nearly a full point lower among those Americans aged 65 and older, at 7.37.

Migrant Acceptance by Age in the U.S., Canada

Those divides between young and old or those who identified more with their faith than with their city and country were not seen in Canada.

But in both Canada and the United States, the more highly-educated and urbane tended to be more accepting of immigrants and those with less education and those living in rural areas.