Nearly two-thirds of Canadians want to see a change in the Canadian citizenship law to discourage birth tourism, according to a new poll.

The Angus Reid Institute survey saw 64 percent of respondents say babies born on Canadian soil should not automatically get citizenship, as is currently the case.

As many as 60 percent supported a change in the citizenship law to discourage expecting parents from deliberately coming to Canada to give birth.

However, more than half of respondents still said the policy of birthright citizenship is a good one.

The poll found older people were more likely to see birth tourism as a problem. 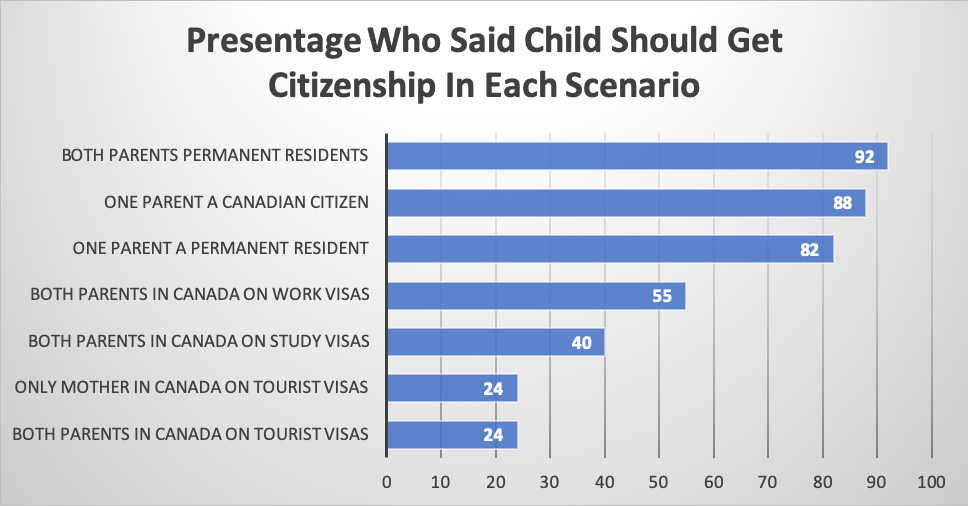 Birth Tourism in Canada Much Higher Than Official Figures: Study
Ottawa Says Canada Not Bound to Give Citizenship by Birthplace
Benefits of Canadian Citizenship

The latest figures show Canadian birth tourism numbers could be much higher than official figures suggest.

A study released in November 2018 by Policy Options author Andrew Griffith found that while Statistics Canada reported 313 births to mothers residing outside Canada in 2016, the actual number could be more than five times greater.

“The impact of this practice can no longer be described as insignificant given its effect on the integrity of citizenship and public perceptions that birth tourism is a fraudulent shortcut to obtaining citizenship,” Griffith wrote.

The discrepancy came to light when non-resident birth figures produced by a single health facility – Richmond Hospital in British Columbia – exceeded the officially reported numbers for the whole of Canada.

Griffith used numbers from the from the Discharge Abstract Database (DAD) of the Canadian Institute for Health Information (CIHI), which showed there were 3,223 non-resident births in Canada in 2016.

This figure is not representative of birth tourism alone, as it also includes other temporary residents (including corporate transferees and international students) and Canadian expatriates returning to give birth. The total also does not include Quebec, which refused to release the information. 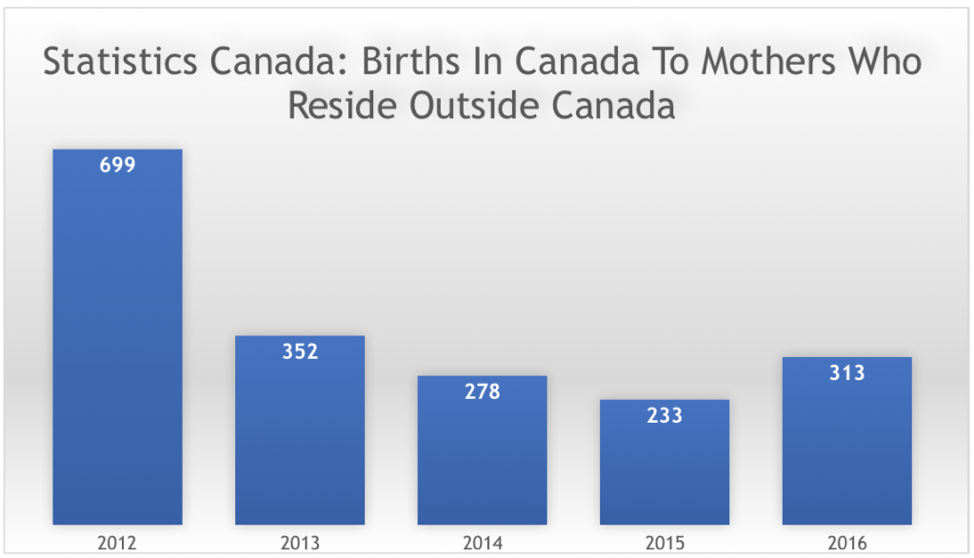 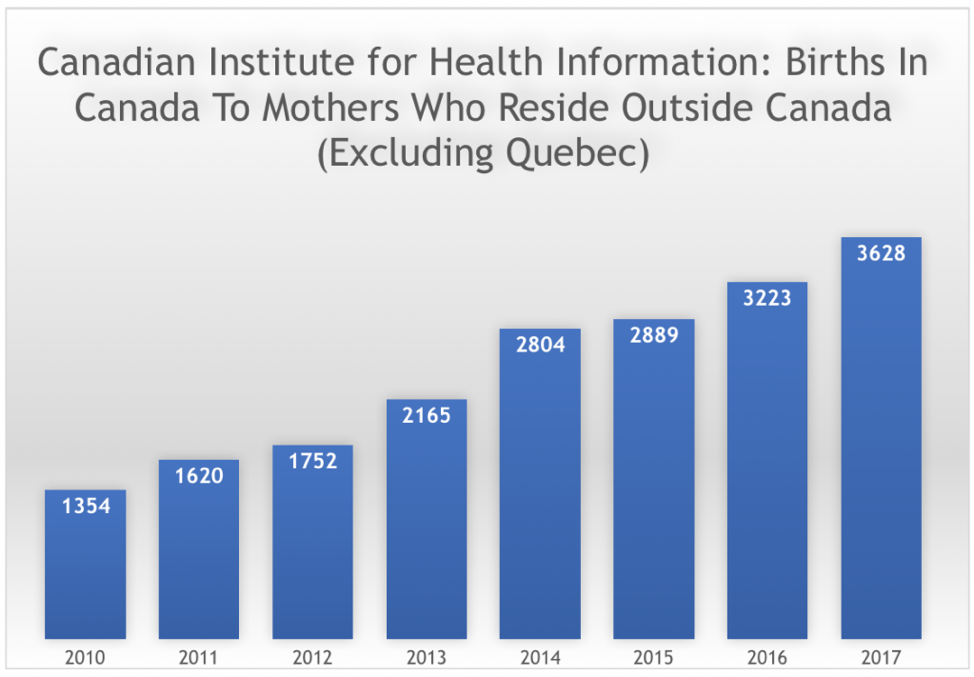 But it does show birth tourism is not only a bigger problem than first thought, it is also a growing problem.

In 2017, non-resident births accounted for 1.2 percent of all births in Canada.

But why such a large difference between official data and the DAD figures? Griffith writes: “The likely explanation for the discrepancy between hospital financial data and vital statistics agency data is that birth tourists use their real addresses for hospital payments but their temporary Canadian addresses on birth registration forms.”

Griffith suggests introducing a question about intent to give birth on the visitor visa form, with visa officers given the power to request a pregnancy test in high-risk cases.

A woman who has not declared her pregnancy could be found guilty of immigration fraud, with the child’s citizenships subsequently obtained fraudulently.

While the approach would create a deterrent, it would be difficult to enforce, Griffith says.

Canada could copy Australia’s 2017 move to change its citizenship act to introduce qualified birthright citizenship. This would mean a person born in Canada only gets citizenship “if the parent is either a Canadian citizen or a permanent resident and if the child has lived in Canada for 10 years after birth.”

The downside to this approach would be costly changes to the way births are registered, with parental pictures and proof of residence currently not required.

Griffith suggests taking financial action against non-residents who give birth in Canada. “While financial measures do not address objections to birth tourism in principle, they could discourage some birth tourism and would address the cases where birth tourists are not paying their hospital bills,” he writes.

Applying For Canadian Citizenship Online: All You New To Know