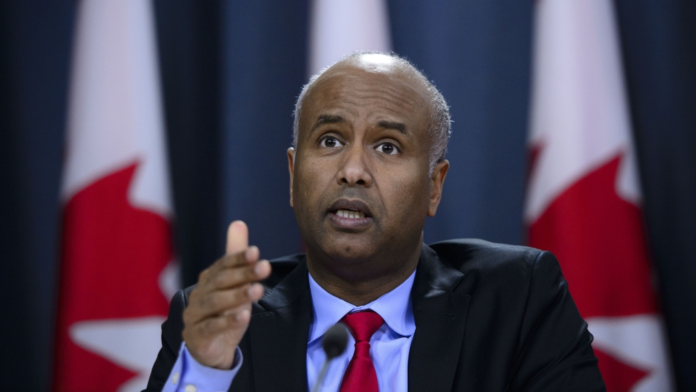 Foreign nationals with the skills to build homes in Canada are needed here and higher immigration levels help ensure the Canadian construction industry has the workers it needs, says Housing and Diversity and Inclusion Minister Ahmed Hussen.

“We know there is over a million jobs in Canada that remain unfilled, so we need immigrants, skilled immigrants, to come in and help us fill those unfilled jobs and help us grow our economy,” Hussen reportedly told Global News in a year-end interview.

“In addition to that, the irony is we actually need more people, skilled immigrants, to also help us in the building trades and the construction sector of our economy. We need those workers to actually come in and help us build the housing that Canadians need.”

The housing and diversity and inclusion minister’s call for even more skilled immigrants to be allowed to immigrate to Canada comes in the wake of worries expressed by some Canadians that record-high levels of immigration are fuelling inflation in the country and exacerbating housing shortages.

“It doesn’t solve manpower and aging problems. And it worsens housing and healthcare shortages. Serious economists understand this.”

Economists have actually split on the impact of high immigration to Canada fuelling increases in house prices.

While some agree the increase in Canada’s population due to immigration drives up demand and pushes up housing prices, others claim the worry that immigrants in and of themselves will drive up housing prices in Canada is largely unfounded.

At the Urban Analytics Institute of Toronto Metropolitan University, director Murtaza Haider has reportedly told the Canadian Broadcasting Corporation (CBC) that immigrants are not much of a pressure on the housing market.

“Most new immigrants … would not have cash or enough savings to go and start buying homes,” Haider reportedly said. “I don’t expect them to exert pressure on housing prices as much, but more so on the rental demand.

Canada plans to welcome a record 1.45 million immigrants in the coming three years

“My guess is that most new immigrants will … not have cash or enough savings to go and start buying homes.”

Those newcomers to Canada could make a big dent in the country’s acute labour shortage, including in the number of jobs in the building trades that are vacant.