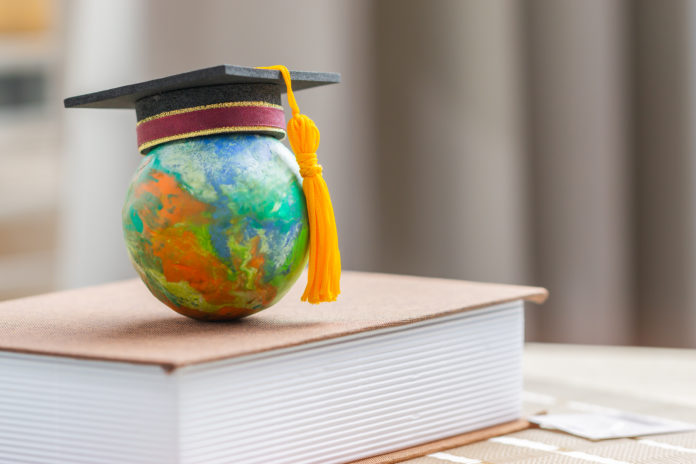 The Ontario-based educational tech company was founded by Canadian immigrants in 2015 and spoke with Fraser earlier this month. During that interview, the immigration minister stressed the importance of immigration and the contributions of international students to the Canadian economy.

“Our message to international students and graduates is simple,” said Fraser in an online interview with ApplyBoard. “We don’t just want you to study here. We’re hoping to create pathways that allow you to stay here and make a lasting contribution beyond your academic career.”

Switching to French, the immigration minister reiterated Ottawa must continue to look for new ways to encourage international students to remain in Canada upon graduation.

“In 2021 alone, we welcomed more than 300,000 international students across Canada. That’s nearly double the number of students from the year before and it’s actually higher than pre-pandemic levels,” said Fraser. “We believe this is going to be a growth opportunity going forward as well.”

There are still sticking points, though, challenges many international students still face when trying to make the move to Canada.

Among them is the need international students have to convince Canadian immigration officials they intend to return to their home countries upon graduation, a requirement to obtain a study permit while taking the needed steps to get work permits and gain work experience to stay in Canada upon graduation.

In the interview with ApplyBoard, Canada’s immigration minister recognized the challenge this poses.

“That was one of the first things I noticed when I started digging into this new position,” said Fraser. “You hear these stories about a student that wants to come and wants to work and companies want to hire and even provincial governments want to offer scholarships to, with the idea that they should stay, but they’re sometimes refused entry for the reason that there’s not a belief that they’re going to return home.”

Although he didn’t get into specifics about what he intends to do about this issue, the immigration minister did say he believes there are solutions to it.

“I hope to implement those solutions so more people can come here on a pathway to permanent residency when they apply,” he said.

In his mandate letter from Prime Minister Justin Trudeau, though, the immigration minister is tasked with finding pathways to permanent residency for temporary foreign workers and international students.

“We’re doing some of the policy work now. It’ll take us a little bit of time,” said Fraser. “It’ll allow people to better plan their succession to come here to study and then after they’re done to transition to permanent residency.”

According to the immigration minister, the policy work is being done this year and a permanent pathway for international students will be rolled out as soon as that solution is ready to go.

The rebound in study permits last year puts Canada a hair’s breadth – only 2.6 percentage points – from hitting its record-setting level of 638,280 study permits issued in 2019, the last full year before the pandemic.

And Canada wants to do even more to speed up the processing of study permits.

“We’re going to be putting additional resources to get the study permit processing times back to our service standard this year in hopes that we can get as many students here on the schedule they need to complete their academic programs,” vowed Fraser earlier this year.

Those measures which Ottawa is implementing to speed up the processing of applications include the hiring of 500 new processing staff and also digitizing applications.

With the outbreak of the Russia-Ukraine war in late February, Canada has also decided to extend the study permits of any Ukrainians in Canada for free for up to three years.

Under a Study Permit, international students can come to Canada and then apply for a Post-Graduation Work Permit. That then puts them into a position to try to get their permanent residents by applying through the Express Entry system.

To be eligible to study in Canada these students must demonstrate that they:

Upon graduation, a foreign student may apply for a work permit under the PGWP. Under this program, the work permit may be issued for the length of the study program, up to a maximum of three years.