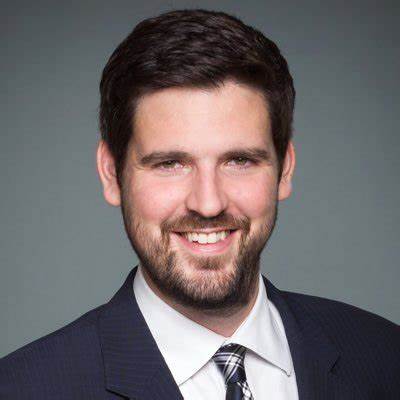 Canada immigration news: Nova Scotia’s Sean Fraser was sworn in as Canada’s minister responsible for Immigration, Refugees and Citizenship Canada (IRCC) on Tuesday, six years almost to the day after being first elected to the House of Commons.

He replaces Marco Mendicino who was moved over to the now much leaner Department of Public Safety during Prime Minister Justin Trudeau’s latest Cabinet shuffle.

It’s Fraser’s first time with the immigration portfolio – and his first time as a Cabinet minister.

A time for celebration.

Two years ago, though, the mood was far more sombre in the Fraser household. Then still a rookie MP, he had to take time away from his office and constituency duties when tragedy struck his family.

In a tweet in mid-December, Fraser announced the heartbreaking news to his constituents.

He and his wife, Sarah Burton, had lost their newborn daughter.

“In the early hours of December 3, our newborn daughter, Ruth Caroline Burton Fraser, passed away in her mother’s arms with her dad holding her hand, despite the best efforts of the medical team assigned to her care,” Fraser tweeted.

“Though her life was short, every moment was filled with love.”

The family asked that donations be made to the neonatal intensive care unit at the IWK Health Centre in lieu of flowers.

The couple have been married 12 years. They have two other children, Molly and Jack, and live in New Glasgow.

When he’s not busy as a politician, Fraser unwinds by playing the guitar and bagpipes, providing musical fun for his family. On Facebook, there’s a photograph of Fraser sporting a kilt at the 100th anniversary celebration of the St. Andrews Society of Pictou County.

A noted orator, the new immigration minister has been recognized as such by Macleans.ca, the news website, which has also named him a “rising star.”

His latest job in Ottawa was parliamentary secretary to Deputy Prime Minister and Minister of Finance Chrystia Freeland and to the minister of middle class prosperity and associate minister of finance.

Fraser was also Ottawa’s spokesman for fiscal issues during the COVID-19 pandemic and economic recovery.

A lawyer raised in the small town of Merigomish in Pictou County Fraser got his Bachelor of Science degree at the nearby St. Francis Xavier University in his hometown of Antigonish in 2006.

As an associate at the firm of Blake, Cassels & Graydon, he practiced law in Calgary for three years and did human rights work in South Africa.

Within hours of accepting the immigration portfolio Tuesday, congratulations on social media began to flood in.

“Good Luck, Sean! More power to you!” wrote a supporter on Facebook.

On Twitter, one user praised Fraser for serving his constituents with honour, integrity and heartfelt dedication.

“He will be an asset to our communities, our province, and our country,” noted that Twitter user. “Many sincere congratulations.”

But along with the well wishes, many on social media were already pressing the new immigration minister to get to work and address their issues only hours after he was sworn in.

“The caregiver community will hold out high hopes that your administration will clear years of backlogged applications under the Home Child-Care Provider Pilot / Home Support Worker Pilot pathway and reunite us with our children,” urged a Facebook user.

And then, there were those with faint praise who are taking a decidedly wait-and-see approach to what the new immigration minister might bring to the situation.

“Sometimes the devil you know is better than the one you don’t know,” said one Twitter user. “Let’s see what changes for IRCC.”

Canadians Support Allowing Temporary Workers to Stay in Canada and Get...