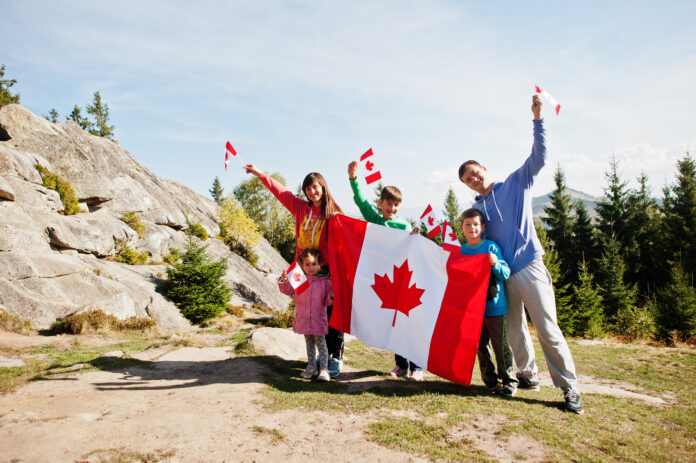 Canada immigration news: The number of new Canadian citizens dramatically increased at the start of 2022, as Ottawa looks to tackle a backlog of applications and growing processing times. 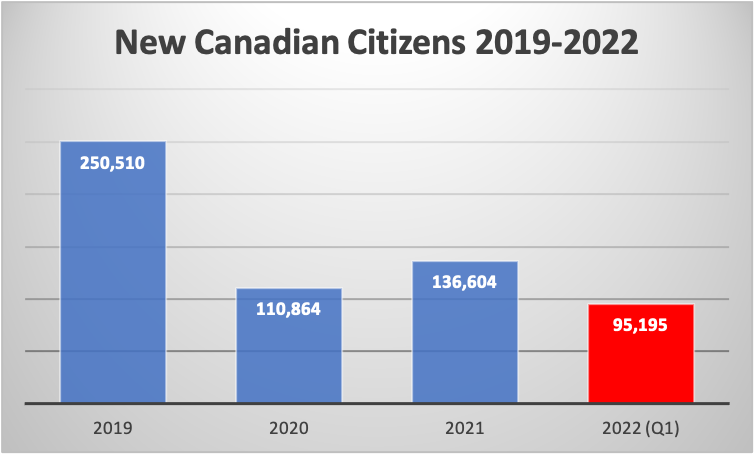 Immigration, Refugees and Citizenship Canada (IRCC) has increased the number of citizenship ceremonies.

“I am proud to be Canadian and it is always a great honour to participate in welcoming new members to our Canadian family,” Immigration Minister Sean Fraser late last month during Citizenship Week.

“This week has been a chance to reflect on everything that being Canadian means – the freedom for individuals to live as their authentic selves, the connections to our beautiful landscapes and the chance for everyone to reach their full potential no matter their background.

“I am thankful every day to be Canadian and I encourage everyone to reflect on what being Canadian means to them.”

Backlog Of Citizenship Applications Was At 399,325 Early Last Month

Among its backlog of 2.1 million applications for permanent and temporary residence and citizenship, the IRCC still had 399,325 citizenship applications in its inventory early last month.

“On Nov. 26, 2020, we launched a new platform that made Canada one of the first countries in the world to offer citizenship testing online,” notes the IRCC in a statement. “IRCC also adapted quickly to COVID-19 restrictions by introducing virtual ceremonies in April 2020. Thanks to these measures, we are now inviting more people to tests and ceremonies than we were able to do before the pandemic.”

“While Canada welcomed the highest number of permanent residents in a single year in 2021 by processing a record number of applications, border restrictions and other pandemic-related factors have led to delays for many applicants and long waits for application updates,” wrote IRCC spokesperson Nancy Caron in an email response to Immigration.ca.

85% Of Newcomers To Canada Become Citizens

The citizenship ceremony is the final step to becoming a Canadian citizen. During the ceremony, participants accept the rights and responsibilities of citizenship by taking the Oath of Citizenship, which is administered by a citizenship judge.

In Canada, roughly 85 per cent of newcomers eventually become citizens, making it one of the countries with the highest naturalization rates in the world.

Although Canada has held these ceremonies since 1947, the Oath of Citizenship was only changed to recognize the inherent and treaty rights of Indigenous peoples in June last year.

The modernization of Canada’s citizenship ceremonies has allowed it to welcome more people faster, with almost 310,000 people being able to take the citizenship test since the launch of IRCC’s new online testing platform in November 2020 through to April 30, 2022.

In the two years that ended April 30 this year, there were almost 14,000 ceremonies using the virtual platform. The IRCC is inviting on average about 3,000 applicants per week to participate in citizenship ceremonies.