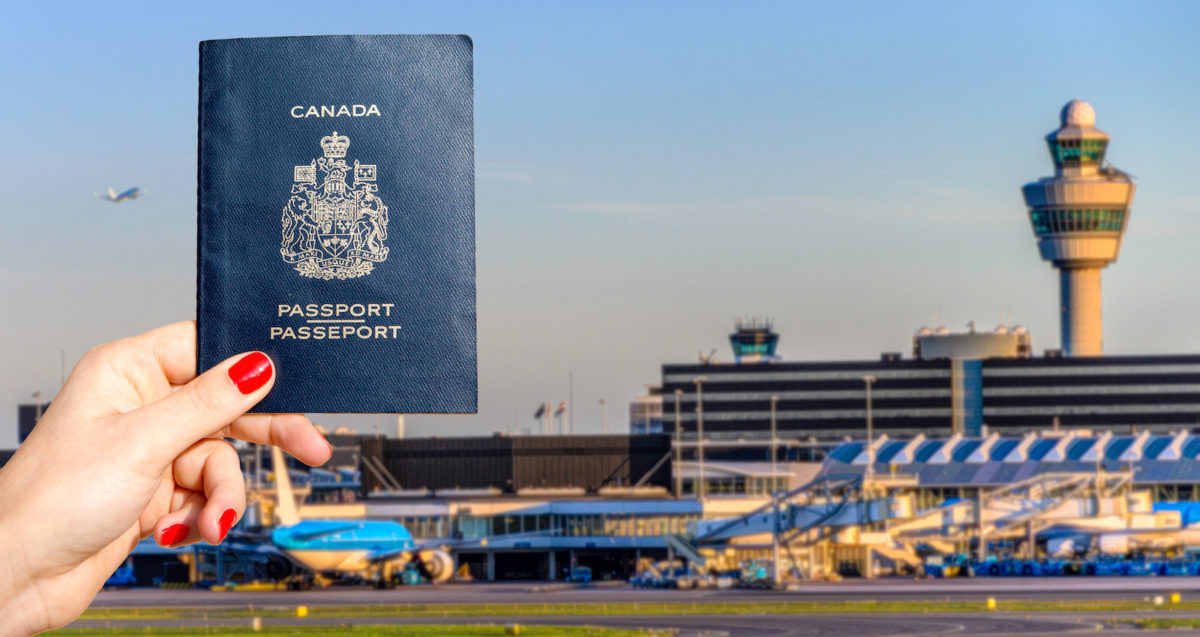 The Canadian passport is among the 10 most powerful in the world in 2020, allowing holders to travel to 183 countries without a pre-arranged visa.

Canada sits alongside New Zealand, Malta, Czech Republic and Australia in the ninth spot on a list headed by the passports of Asian giants Japan, which boasts visa-free travel to 191 destinations.

The so-called ‘power’ of a country’s passport is indicative of its standing among the largest and most developed nations in the world.

In the last two years, Canada has added Mexicans, Romanians and Bulgarians to the list of nationalities it allows to enter the country without a pre-arranged visa.

When flying into Canada, holders of visa-exempt passports are required to obtain an Electronic Travel Authorization in advance of their travel.

Canada’s federal government plans to abolish the citizenship fee in 2020, making it free for qualified permanent residents to become citizens.

Currently, the fee is $530, plus a $100 ‘right of citizenship’ fee. Officials say the fee has caused a downturn in the number of permanent residents to become citizens.

Since coming to power in 2015, the federal Liberals have made a number of changes to Canada’s Citizenship Act.

The foremost change made by Ottawa was to reduce the physical presence requirement for permanent residents to become citizens to three years out of the last five.

Previously the requirement was four years out of the last six.

Changes to the Citizenship Act also included reducing the age range for applicants who must meet the language and knowledge requirements.

A further change allows candidates to count the days spent as temporary residents and protected persons spend in Canada as half days (up to 365 days) towards their physical presence requirement.

What Are the Canadian Citizenship Requirements?

Read more on how to get Canadian Citizenship.

In 2018, Ottawa made important changes to passport rules with the aim of protecting children under 16 and preventing the document from being misused.

Changes included giving power to the Canada immigration minister to issue without the need for an application, or refuse to issue, a passport to a child if they believe it is in the child’s best interest.

The minister can also cancel a child’s passport if they believe it is in the child’s best interest.

Under the changes, the minister is also given the power to refuse to issue a passport if they believe it will be used by someone other than the bearer.

These changes come after the federal government implemented gender neutrality on passports and other immigration documents in August 2017.

Those who do not identify as male or female can now indicate their gender with an ‘X’.

The move comes after the Canadian Human Rights Act was amended to add gender identity and gender expression to the list of prohibited grounds of discrimination.

The Canadian government says it will work towards a ‘consistent federal approach’ when it comes to gender neutrality.

Dual citizens must make sure they are aware of Canada’s passport rules.

Following the introduction of the eTA in 2016, dual citizens now require a Canadian passport to fly into the country.

When the new rule was introduced, Canadian missions all over the world were inundated with Canadian passport requests. Previously, dual citizens could use the passport of their other country of citizenship.

The eTA rules forced thousands of dual citizens to apply for a Canadian passport.