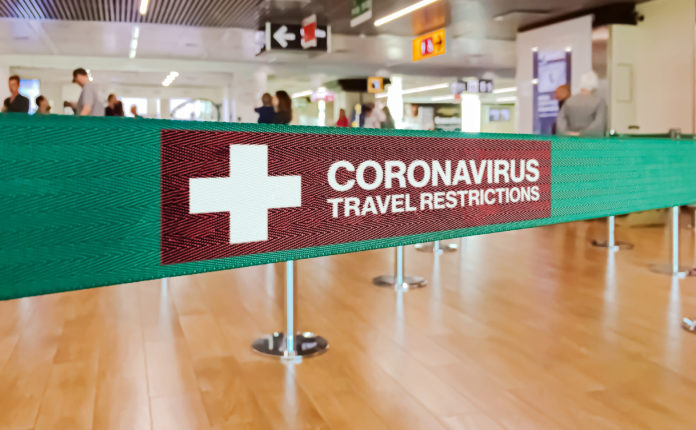 Canada’s population growth stalled due to the loss of international students for the fall semester due to COVID-19 travel restrictions, a Statistics Canada report reveals.

The federal agency notes that Canada’s population growth for the three months ending on September 30 of this year was the lowest quarterly growth in 64 years.

Not since January 1, 1946 has Canada seen such a low rate of quarterly population growth. Statscan says the Canadian population grew by only 2,767 people in the third quarter of this year.

There are slightly more than 38 million people in Canada.

COVID-19 is at fault for this latest, massive drop in the population growth rate – but not primarily because of deaths due to the coronavirus.

As tragic as these were, they amounted to only 706 of the 69,114 total deaths from July through to the end of September.

“The largest demographic impact on the total population came from losses in international migration,” states the report.

During that quarter, the Canadian was hit by a drop in net migration of 27,143 as international students, prevented from travelling due to COVID-19 border restrictions, were unable to come to Canadian universities and colleges.

“In six provinces and two territories, the population decreased for the first time since at least the third quarter of 1951, the point at which comparable provincial data become available,” states the report. “The largest declines, by number, were in British Columbia, down 1,861 people, and Newfoundland and Labrador, down 1,105 people, or 0.2 per cent.”

Among the provinces whose populations grew slightly during that quarter were Prince Edward Island, Quebec, Manitoba, Alberta and the Yukon. Alberta saw the biggest bump in population, rising by 6,236 or a tenth of a per cent.

The number of immigrants arriving during the third quarter this year plummeted by 61.4 per cent compared to the number who had come to Canada during the same period last year.

On the up side, Canada did see some natural population growth during that period as the 99,024 births outnumbered the deaths.

The isn’t the first time Statscan has come out with quarterly results showing a massive drop in immigration to Canada and a severe impact on its population growth as a result of border restrictions during the pandemic.

Earlier this year, the federal government’s national statistical agency detailed the rollercoaster ride that has been population growth in Canada over the past year.

“The global pandemic began to affect the demographic patterns in Canada at the end of the first quarter of 2020,” stated the federal agency in that earlier report.

“Canada’s first COVID-19 death was reported on March 9 and international border restrictions began in mid-March. The resulting decrease in migration from March to June, combined with the excess mortality, led to record low population growth for the second quarter of 2020.”

Average Age on the Rise

During the past roughly five decades, the average age of the Canadian population has steadily risen. Last year was no exception. The average age of Canadians rose from 41.3 to 41.4 years old from Canada Day last year to this year.

Due to that aging population and low birth rate, Canada relies heavily on immigration for population growth.

Immigration accounted for 81.9 per cent of the country’s population growth for the year that ended June 30 with the country admitting 284,387 immigrants, down from more than 300,000 for each of the preceding two years.

In the second quarter of this year, only 34,271 immigrants arrived in Canada.

“The restrictions placed on international borders and the subsequent drop in international migration levels had the largest impact on population growth in 2019/2020,” stated Statscan.