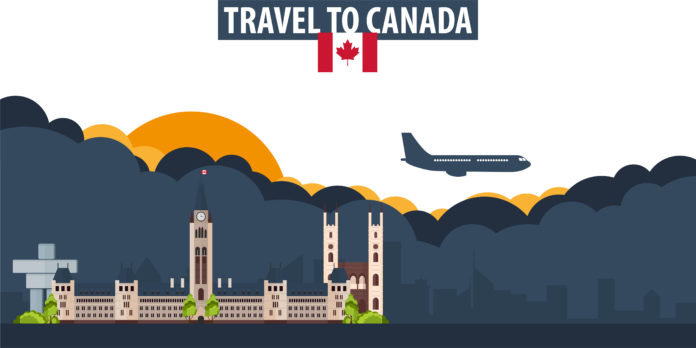 “Increased vaccination levels have allowed us to safely re-open these additional Canadian airports to international passenger flights,” said the transport minister in a statement.

“This measure will help ensure that travellers are able to access more regional airports for their international travels this winter while continuing to support the Government of Canada’s measured approach to re-opening our border.”

In its Notice to Airmen (NOTAM) on Tuesday, Transport Canada noted international flights carrying passengers will also be permitted to land at the following additional Canadian airports as of the end of this month:

The Canadian government is crediting its rollout of vaccine passports and its vaccination program as among the main factors allowing it to gradually reopen the country to international travellers.

In early August, Canada re-opened its long border with the United States to fully-vaccinated Americans, generating both excitement at a return to a semblance of normalcy and more than a little anxiety.

Calgarian Mitul Adhiya was then among those worried Ottawa was re-opening too fast given the recent finding that even fully-vaccinated people can transmit COVID-19, albeit at a much lower rate than those who are unvaccinated.

“This is a bad and irresponsible step,” Adhiya tweeted. “Looking at current delta (COVID-19 variant) spread in the U.S., these people could be very well (be carriers) and can transmit in Canada. Unless Canadians are like 80 per cent vaccinated, doors should be closed for all.”

Now, though, Canada has roughly 84 per cent of its population over the age of 12 fully vaccinated and more than 88 per cent of that age group has had at least one shot of the COVID-19 vaccines.

Prime Minister Justin Trudeau has also announced that a nationally-standardized vaccine passport system is being launched by all the provincial and territorial governments in Canada.

“All provinces and territories have confirmed that they will be moving forward with a national standard of proof of vaccination,” he said.

Those vaccine passports will all have the same look and feel and the cost will be covered by Ottawa but they will be issued by each province and territory in Canada. They will be used for several things, including international travel.

“We will be picking up the tab for it at the federal level so that all the provinces can move forward with it,” said Trudeau.

Canada has recovered 100 per cent of the jobs it lost during the pandemic. There are sectors, though, that are still hard hit, especially restaurants, bars and hotels. Vaccine passports are being heralded as a way for Canada to return to normal operations

“We can end this pandemic and move forward to the thing we love … Avoid further lockdowns,” said Trudeau.

With these measures, the country has been able to come out of the fourth wave of the COVID-19 pandemic.

“The fourth wave seems to be coming under control in most parts of the country,” has said Chrystia Freeland, the country’s deputy prime minister and minister of finance. “Our economy has rebounded and we are winning the fight.”

In its bid to rebuild its economy, Canada’s federal government remains firmly committed to immigration.

“Roughly three quarters of the way through 2021, we’re on track to meet our goal of welcoming 401,000 new permanent residents this year,” said Cohen.

“Against all odds, we’ve managed to keep our immigration system working in the face of a once-in-a-century pandemic, while ensuring rigorous health protocols are in place and enforced.”