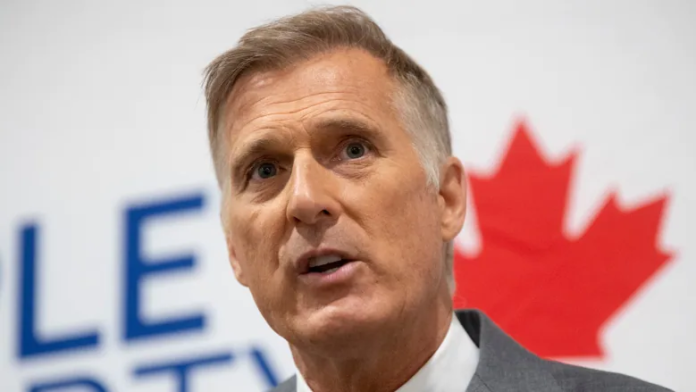 In the last federal election, the PPC got 4.9 per cent of the popular vote and failed to elect a single candidate to the House of Commons. The party regularly polls at less than five per cent of popular support.

But Bernier isn’t alone in openly musing about Canada’s ability to sustain its record-breaking immigration.

In the wake of Immigration Minister Sean Fraser’s latest Immigration Levels Plan 2023-2025, the government of the francophone province of Quebec noted it would not be accepting substantially more immigrants than it is already welcoming into the province.

Quebec Immigration Minister Christine Fréchette says, “No, thanks” to that.

“It is up to Quebec to set its own targets for permanent immigration,” the newly-minted immigration minister tweeted in French. “The upper limit for Quebec is now 50,000 (new permanent residents) due to our capacity to welcome, provide French-language services and integrate them.”

The francophone province’s immigration minister maintained that Quebec is already welcoming proportionately more immigrants than do either the United States or France.

The PPC leader’s position seems to echo Quebec’s concerns about Canada’s ability to integrate that many immigrants.

“Half a million. It is the population of Newfoundland every year in Canada,” said Bernier. “Every year, we’ll have a new Newfoundland in Canada.”

Newfoundland and Labrador’s latest figures put its population at almost 526,000, with roughly 94 per cent of that, or about 494,440, living on the island of Newfoundland and its smaller islands and the rest of the population in Labrador.

In a video interview with Rebel News founder Ezra Levant, the PPC leader scoffed at the notion that greater immigration is necessary to grow the Canadian economy.

“You don’t need more people to have prosperity and economic growth,” he said. “There are small countries that are very prosperous. The most important thing is to increase our purchasing power, our standard of living.”

On Twitter, several users worried Canada’s higher immigration targets would lead to a loss of Canadian culture, overwhelm the country’s infrastructure and healthcare system, and drive up housing prices.

“The PPC is the only party against that unsustainable number, (which) will put more pressure on our infrastructure and our crappy healthcare,” tweeted one user. “(It) will also put immense pressure on our housing, make things even more expensive.”

With many immigrants choosing to live in Canada’s biggest cities, record-breaking immigration is only fueling inflation in the housing market, claimed Bernier.

“The easy answer to the prices of houses that is going up in Toronto and Vancouver is to stop mass immigration,” he said. “That will help.”

The PPC leader wants to see Canada boost economic immigration to fill vacant jobs while lowering the number of refugees and extended family members, including those arriving under the Parents and Grandparents Program (PGP), to minimize what he perceives as the negative impacts of immigration.

Bernier also targeted those who come to Canada at unauthorized points of entry, mocking the idea that those carrying luggage and Gucci bags and walking over the border to enter Quebec from New York state in the United States are “real refugees.”

“We are the only party that is saying we must stop that,” he said.