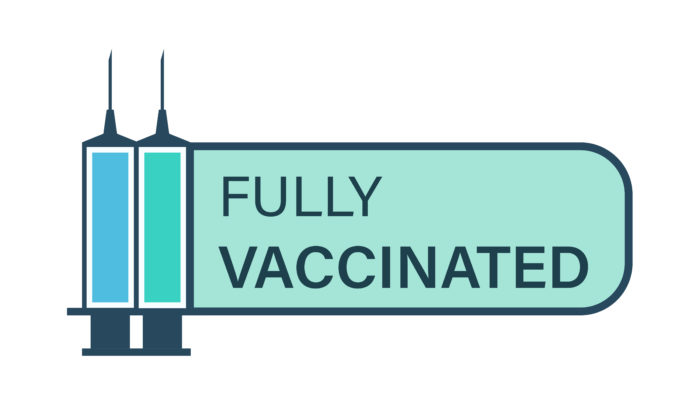 Canada immigration news: Canada’s long border with the United States re-opened to fully-vaccinated Americans today, generating excitement at a return to a semblance of normalcy.

Calgarian Mitul Adhiya is among those worried Ottawa is re-opening too fast given the recent finding that even fully-vaccinated people can transmit COVID-19, albeit at a much lower rate than those who are unvaccinated.

“This is a bad and irresponsible step,” Adhiya tweeted on Saturday. “Looking at current delta (COVID-19 variant) spread in the U.S., these people could be very well (be carriers) and can transmit in Canada. Unless Canadians are like 80 per cent vaccinated, doors should be closed for all.”

Anxiety among Canadians over the possible spread of COVID-19 from Americans coming into the country is fairly common in the wake of a USA Today report in mid-July that two Americans attempted to enter Toronto from the U.S. with allegedly fake proofs of vaccination and negative coronavirus tests.

The two travellers were fined almost $20,000 and then allegedly tried to skip out of staying at a Canadian government-approved quarantine hotel.

Under the Quarantine Act, anyone who submits false information on their vaccination status could be liable to a fine of up to $750,000 or six months imprisonment or both, and even prosecution under the Criminal Code for forgery.

Violating any quarantine or isolation instructions provided to travellers by a screening officer or quarantine officer when entering Canada is an offence under the Quarantine Act. This can lead to a $5,000 fine for each day of non-compliance or for each offence committed, or more serious penalties, including six months in prison and/or $750,000 in fines.

Non-compliant air travellers may also be subject to fines of up to $5,000 for each offence committed under the Aeronautics Act.

Many Unclear About New Rules

With the partial re-opening of the border today, many in the Twitterverse seem confused about the rules governing exactly who can come in and when.

“The government website should put in brackets which one is the rapid molecular test,” wrote a Montreal whose Twitter handle is Gingy. “It is not clear.

“Last Wednesday, I did a PCR test at a small hospital in Michigan. It appears they are unable to give results in under 72 hours. I am fully vaccinated though. But you will fine me $6,000 for not having a test!”

Across from Detroit, an information radio station, CKLW – AM800, went so far as ask its listeners in an online poll whether Canada should reconsider its decision to re-open the border due to the rise of COVID-19 cases related to the Delta variant south of the border.

Canadians that have been stuck on the other side of the border and Americans wanting to get into Canada for summer vacations, though, are more concerned about possible backlogs at the border.

Will There Be Longer Delays Coming Into Canada?

Krista Wahby, a Canadian who works in Detroit, was reportedly worried ahead of the border re-opening that adding fully vaccinated Americans coming for non-essential trips to the border crossings will slow things down to a crawl.

“I think it’s going to be a lot of added work on customs and I think everyone crossing the border is going to feel it as a result,” she reportedly told AM800 ahead of the border re-opening today.

“I’m a little bit stressed out about it, I’ll be honest, because there’s nothing worse than getting on their [the Ambassador Bridge] and you’re at a standstill for who knows how long and completely at their mercy.”

Canada’s borders re-opened immediately after midnight today to all fully vaccinated travellers who had completed the full course of vaccination with a Government of Canada-accepted vaccine at least 14 days prior to entering Canada and who met any specific entry requirements.

All travellers must use ArriveCAN, either as the app for cell phones or the web portal, to submit their travel information. Those fully vaccinated travellers eligible to enter Canada do not have to quarantine upon arrival.

“A gradual approach to reopening will allow our health authorities to monitor the COVID-19 situation here and abroad,” she said in a statement. “Canadians have worked hard and sacrificed for each other, and because of that work, we can take these next steps safely.”

As of today, international flights carrying passengers are allowed to land at the following five additional Canadian airports:

The next step into the re-opening of the Canadian border is slated for Sept. 7, provided COVID-19 case counts remain low. That’s when Ottawa is to re-open the border to all fully vaccinated travellers.

“Not only will this make a big difference for Canada’s travel and tourism industry and all those whose jobs depend on it, but it will also make it easier for those with a Confirmation of Permanent Residence letter to come to Canada and play a role in our recovery from the pandemic,” said Immigration Minister Marco Mendicino.

There are no changes to the mandatory testing requirements for unvaccinated travellers.

With this strategy, Canada is hoping to be able to continue monitoring COVID-19 variants in Canada and determine the effectiveness of the variants.

Public Safety Minister Bill Blair described the approach to gradually re-opening the border as one  “guided by facts, scientific evidence and the advice of our public health experts.”

The Canadian government’s controversial three-night stay in government-designated hotels while awaiting COVID-19 test results was strapped at the beginning of August.

All travellers, though, still have to provide a quarantine plan and be prepared to quarantine, in case it is determined at the border that they do not meet the necessary requirements.

“The easing of Canada’s border measures is welcome news for tourism businesses across the country, the thousands of Canadians employed by the sector and the communities who rely on it,” said Economic Development Minister Melanie Joly.

“It has been a challenging year as we balance the need to protect both the health of Canadians and our economy but tourism businesses have demonstrated incredible resilience,” she said.