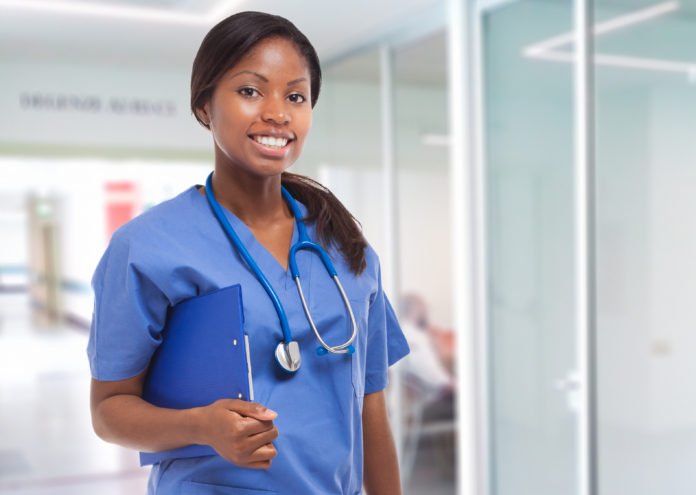 Canada immigration news: A Quebec immigration program offering nurses priority processing for applications for temporary and permanent residence, and wooing them with the promise of paid upgrading courses, has been updated to include candidates from Haiti.

“Haiti will be added to the list of high-priority countries,” tweeted Quebec Immigration Minister Jean Boulet this week. “Quebec needs these skills to address its labour shortages.”

Immigrate To Canada As A Nurse: All You Need To Know
As COVID-19 Surges In Ontario, Province Turns To Internationally-Trained Nurses
Nova Scotia Immigration Draw: Nurses Targeted Through Labour Market Priorities Stream

In February, the francophone province pledged to invest $65 million for an initiative to recruit 1,000 foreign-trained nurses from francophone countries over the next two years.

But Haiti, a largely-francophone Caribbean island nation, was not on that list of countries.

Its absence was conspicuous and reported in the news media because Quebec and Haiti have a longstanding relationship that goes back to the 1960s.

There are now more than 165,000 Quebecers of Haitian descent in the province, most of them living in the Greater Montreal area. The province is home to roughly 86 per cent of all Haitian-Canadians.

This week’s announcement giving Haitian nurses priority processing allows them to join the list of francophone countries already promised the same perk for their applications to Immigration, Refugees and Citizenship Canada (IRCC).

The countries promised priority processing by Quebec over the two phases of the program, the first of which is expected to see newcomers arrive this autumn, include:

Haiti was originally omitted from that list because its educational system was deemed to not dovetail as well with the standards of Quebec colleges and universities.

Quebec is hoping to recruit nurses and have them work in the outlying areas of the province, including the Abitibi-Témiscamingue, Côte-Nord, Bas-Saint-Laurent, Gaspésie, Saguenay-Lac-Saint-Jean, Baie James and Outaouais regions.

Successful candidates under the Financial Assistance for Upgrading and Credential Recognition program (the Programme d’aide financière pour la formation d’appoint en reconnaissance des competences, or PAFFARC) will be paid $500 weekly for up to a year during their training at a local CEGEP, a community college in Quebec, while they work to get their credentials recognized by Quebec’s Order of Nurses.

While in school for those nine months to a year, the candidates will also be allowed to work as nurses’ aides for up to 20 hours per week while in training and full-time during school holidays.

The cost of the program is being covered by Quebec’s immigration department, the Ministre de l’Immigration, de la Francisation et de l’Intégration (MIFI).

This immigration program doesn’t just allow the prospective nurses to come to Quebec. It also allows them to bring their spouses, who will be given open work permits, and their children.

During the past year, Quebec has become even more bullish on immigration as a means to resolve its massive labour shortages.

Earlier this year, Boulet urged Ottawa to speed up processing times for applications for permanent and temporary residency in Quebec.

Foreign nationals with the qualifications to work in Canada as nurses can use their expertise to seek out jobs here and gain their permanent residency through the many economic immigration programs at the federal and provincial levels, including through the Express Entry system, one of the Provincial Nominee Programs (PNP) or the Skilled Worker program in Quebec.

Nurses can also qualify to come to Canada through the Skilled Worker program in Quebec if they score 50 points or more on the province’s selection grid.

Each province in Canada also operates its own PNP that leads to Canadian permanent residence.

The first step for a nurse eyeing Canada as a destination for immigration is to have his or her academic credentials evaluated to see if they are up to Canadian standards.

The Canadian government recognizes five organizations for the assessment of foreign educational credentials:

Once the educational and background checks have been completed, the next step is for the prospective immigrant to have those nursing credentials recognized in Canada by the National Nursing Assessment Service (NNAS), a step that costs US-$650.

The second step in the process for the foreign national looking to immigrate to Canada as a nurse is to create a profile on the NNAS application page.

After that has been done and the documents have been received by NNAS, the nurse can submit his or her application and pick the nursing group and provincial association to which they wish to apply.