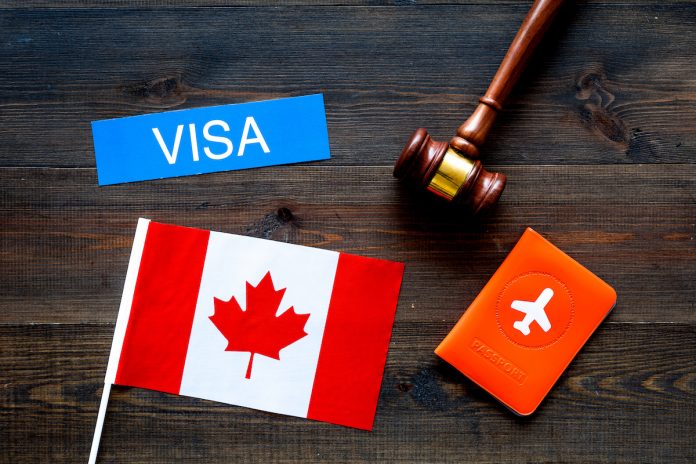 “Immigration has never been more critical as we navigate the unprecedented challenges of the pandemic and work towards economic recovery and prosperity in all regions of Canada,” said Arlene Dunn, co-chair of the Forum of Ministers responsible for Immigration, last week.

“Today, we recommitted to meaningful partnership and collaboration between provinces, territories and the federal government to achieve flexible and responsive immigration programming that supports our diverse and evolving labour market and population growth needs and priorities,” said Dunn, who is also New Brunswick’s minister of immigration.

During their virtual meeting on Wednesday, the ministers discussed the regional distribution of immigration, the best ways to leverage the successes of their Provincial Nominee Programs, economic immigration, settlement services for permanent and temporary residents, and strategies to bolster francophone immigration outside of Quebec, the country’s only francophone province.

“Canada’s immigration system has played a critical role in our response to COVID-19 and will continue to help fuel our economic recovery,” said federal Immigration Minister Marco Mendicino.

“Today, we had productive discussions with the provinces and territories on how to better and more evenly spread the benefits of immigration across the country,” he said. “Our ongoing collaboration, further strengthened today, has contributed to valuable initiatives that will help support population growth and a modern immigration system.

“Together, we can build a stronger and more diverse Canada.”

The Forum of Ministers Responsible for Immigration is a decision-making body whose goal is to support a flexible, timely and effective immigration system for Canada.

Last year, the organization established a vision for immigration to Canada and a mission for the FMRI: to advance joint immigration priorities and enhance Canada’s immigration policies and programs.

Nova Scotia’s minister of immigration was absent from the latest federal-provincial-territorial immigration ministers’ meeting because that province is currently in the lead-up to an election.

The francophone province of Quebec runs its own immigration system but has observer status on the FMRI.

Throughout the pandemic, Ottawa has remained bullish on immigration. Canada’s 2021‒2023 Immigration Levels Plan had set immigration targets of about one per cent of the Canadian population for each of three years. That’s 401,000 permanent residents this year, 411,000 in 2022 and 421,000 in 2023.

In July, Mendicino re-iterated that Canada will hit those targets.

Certainly, both Ottawa and the provinces have put in place measures to bolster immigration, speed up processing times, and move towards a completely online application system during the past year.

Immigration, Refugees and Citizenship Canada (IRCC) has responded to the immigration challenge by slashing the Comprehensive Ranking System (CRS) scores in an Express Entry draw that saw more than five times as many Invitations to Apply (ITAs) issued as usual.

Ottawa then followed that by launching six new pathways to permanent residency for temporary foreign workers and international grads. The cap on anglophone applicants under three of those new steams was 90,000 but there was no cap set on the number of francophone and bilingual candidates.

Another step Canada took during the pandemic was the decision to shift to a completely digital immigration process to speed things up.

“My vision for our immigration system going forward is that it is completely virtual and touchless and that each and every one of these steps is integrated so that we become the envy of the world,” said Mendicino.

Canada is already a world leader in putting its immigration processes online, he said.

“In a world that is increasingly going virtual, we are leading the way, especially when it comes to our immigration system,” said the immigration minister. “We are the only ones that have moved our citizenship ceremony online, to my knowledge, and now we are also moving into the digital space when it comes to testing applicants.”

“We are specifically talking about different groups that would be potentially considered to be essential workers, that have the need to cross the border for specific reasons,” Transport Minister Marc Garneau told a parliamentary committee.

With its innovations during the pandemic, the IRCC got top marks from a respected think-tank for its success in boosting the number of permanent resident arrivals despite COVID-19.

Conference Board Gives Thumbs Up To Immigration Innovations

“The improvement we’re seeing in permanent resident admissions is encouraging and good news for the economy,” said Iain Reeve, associate director of immigration research at the Conference Board of Canada.

“Immigration helps stimulate the economy, and with deliberate policy choices regarding settlement services and credential recognition, these economic impacts can be enhanced as we emerge from the global pandemic.”

In their meeting last week, the federal, provincial and territorial minister reviewed the measures undertaken in the past year, including offering virtual services for clients and adjusting programming for provincial nominees and international students.

The ministers also discussed their Strategic Plan for Immigration which they had approved in July last year and noted the progress made on its policy priorities, including immigration levels planning and strengthening regional economic immigration programs to support the vitality of communities and to meet labour market needs.

All You Need To Know To Immigrate To Canadian Province Of...