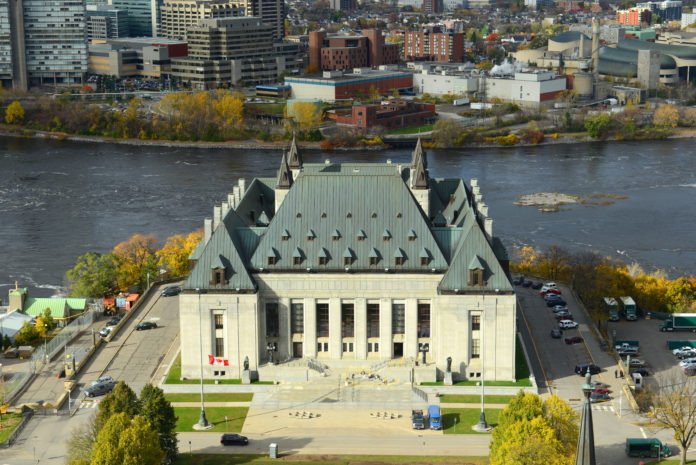 A Trudeau government request to stay a ruling to strike down the Safe Third Country Agreement has been granted by Canada’s Federal Court of Appeal.

The July ruling was due to come into effect in January 2021, but will now be stayed until a final ruling is made on a federal government’s appeal.

In his decision, Federal Court of Appeal Justice David Stratas wrote: “The motion is granted. The judgment of the Federal Court stays until the final determination of the appeal.”

The Safe Third Country Agreement, in place since 2004, means asylum seekers must make their refugee claim in the first ‘safe’ country to which they arrive.

In practice it means Canada can turn back potential refugee claimants who arrive at recognized land points of entry along the U.S. border, advising them to make their claims in the U.S.

It is also the reason thousands of asylum seekers have flooded into Canada at unrecognized border points in recent years, using it as a back door into the Canadian immigration system. Around 1,000 would-be asylum seekers were crossing into Canada each month until the coronavirus pandemic struck, resulting the closure of the border.

Federal Court Justice Ann Marie McDonald said in her July 22 decision that elements of the agreement violate the constitutional guarantee of life, liberty and security, suspending her decision for six months to give authorities time to adjust.

Since then Ottawa has appealed the decision, and it has now been suspended further, until the conclusion of the appeal.

Refugee groups have long fought against the agreement, saying the U.S. is not a ‘safe’ country for claimants to be sent back to.

The group claimed that by sending people back to the U.S., they are potentially exposing them to detention and rights violations.

Justice McDonald agreed that those turned back faced imprisonment, saying the outcome was “inconsistent with the spirit and objective” of the Safe Third Country Agreement, resulting in a violation of rights.

The Safe Third Country Agreement has been further brought into the spotlight since Donald Trump became president in 2016.

Trump moved to threaten the refugee status of thousands in the U.S., causing them to flee north to Canada.

However, because of the agreement, claimants chose to cross into Canada at unrecognized border points, allowing them to enter the Canadian refugee system.

Canada tells United Nations it will accept twice as many Afghans:...