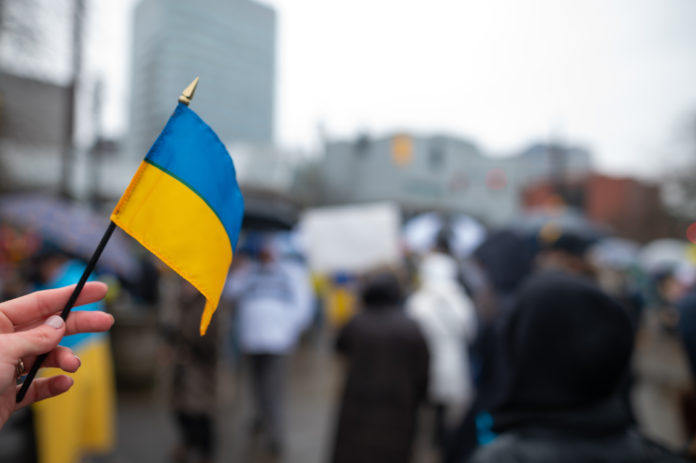 “I am inspired by the courage Ukrainians have displayed as they uphold the democratic ideals that we cherish in Canada,” says Fraser.

Russian President Vladimir Putin declared war on the neighbouring country of Ukraine and quickly invaded only last week, on Feb. 24.

Within hours of the declaration of war, gunfire and explosions rang out in Kyiv, a city of three million people, in what is the biggest assault on a European state since the Second World War.

UN Says More Than One Million Ukrainians Have Fled Country

Russian forces had taken control of the Ukrainian city of Kherson in the south by Thursday and residents in Mariupol were then under siege, trapped by intense shelling.

By Thursday this week, more than 6,100 Ukrainians had arrived in Canada since the start of the year. But that’s a drop in the bucket compared to the vast numbers looking to flee the war-torn country.

“In just seven days we have witnessed the exodus of one million refugees from Ukraine to neighbouring countries,” tweeted Filippo Grandhi, the United Nations’ high commissioner for refugees, on Wednesday.

Until that pathway comes into effect, Immigration, Refugees and Citizenship Canada (IRCC) is encouraging Ukrainians to apply through all programs and reassuring them that theirs will be the first ones processed.

Ukrainians Already In Canada Can Stay During War

Canadian immigration officials have also upped their game in the Ukraine, relocating staff and moving additional supplies and equipment, such as mobile biometric collection kits, in anticipation of an increased volume of requests.

The IRCC has also adjusted operations in offices across its global network to ensure service continuity for the Ukraine. Online options are available for most applications.

The IRCC is also planning to soon put in place a special family reunification sponsorship pathway for permanent residence for the immediate and extended family members of Canadian citizens and permanent residents may want to start a new life in Canada.