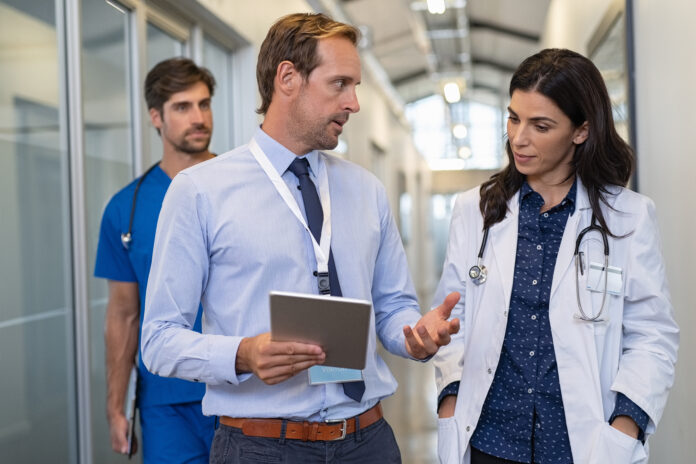 Canada immigration news: Nova Scotia Health Minister Michelle Thompson is betting immigration will be the remedy for its ailing healthcare system with its acute shortage of workers.

Speaking with reporters on the same day as a more than $1 million funding announcement for the Newcomer Health Clinic in Halifax, the health minister for the Atlantic Canadian province reportedly said only immigration can resolve Nova Scotia’s labour shortages in the healthcare system.

“We know we’re never going to be able to grow the workforce we need right now. We have a significant gap,” she reportedly told the CBC Tuesday.

Her plan? Streamline the licensing process for foreign-trained healthcare workers immigrating to Canada.

Nova Scotia’s move to speed up credential recognition and licensing for foreign-trained healthcare workers comes in the wake of a similar move by the central Canadian province of Ontario.

Last week, the premier of that province called on the College of Nurses of Ontario (CNO) to find ways to more quickly recognize the educational credentials of internationally-trained nurses.

“We’re in need of more nurses, as many as we can get,” Ford reportedly said. “We’re throwing everything and the kitchen sink at this.”

At a news conference in Stratford, Ontario, Ford said he wants the professional governing body for nurses to find ways for a “much faster, rapid process” to register internationally-trained nurses so they can practice in Canada.

Like all Canadian provinces, Ontario’s healthcare system is struggling under the strain of a massive shortage of nurses.

Emergency room and hospital wait times there have in some cases reportedly stretched out from hours to days and roughly 25 hospitals shut down some of their operations over the last long weekend because of staff shortages.

Across Canada, an acute labour shortage in the healthcare system is being exacerbated by the high number of workers off sick due to the latest wave of Covid-19, notes Statistics Canada in its latest Labour Force Survey, July 2022.

“As Canada faced the seventh wave of COVID-19 in June and July, some hospitals across the country reported that the combination of COVID-19 infections among staff and labour shortages had forced them to reduce some services, including temporarily closing some emergency rooms,” noted the statistical and demographic services agency.

“These reductions and closures occurred against the backdrop of unprecedented levels of unmet labour demand in the healthcare sector, particularly among nurses … The Job Vacancy and Wage Survey reported 23,620 vacant nursing positions in the first quarter of 2022.

Nurses in particular are in growing demand in Canada.

“Nursing vacancies in early 2022 were more than triple, rising 219.8 per cent, the level of five years earlier, illustrating the extent to which longer-term trends may be contributing to the current challenges facing hospitals and other health care employers,” notes Statistics Canada.

According to the agency, 11.2 per cent of nurses holding down jobs in July were off sick for at least part of a week.

“One of the ways hospitals and clinics can respond to absences and unmet labour demand is by scheduling more employees to work extra hours. In July 2022, the proportion of nurses working paid overtime was at its highest level for the month of July since comparable data became available in 1997,” noted Statistics Canada.

970 Nursing Jobs Waiting To Be Filled In Atlantic Canada

More than one in five nurses on the job were putting in overtime in July just to keep operations in hospitals running.

On the Indeed job website, there were 378 job postings for nurses in Nova Scotia alone on Wednesday and the government’s Jobbank career and job website is forecasting massive labour shortages for nurses for at least the next decade.

In the neighbouring Atlantic Canadian province of New Brunswick, Indeed had 324 job postings for nurses. There were 48 jobs for nurses listed on Prince Edward Island and yet another 220 in Newfoundland and Labrador.

That’s a total of 970 jobs for nurses alone in the four Atlantic Canadian provinces, not including the vacant positions for physicians and healthcare technicians and other highly-skilled workers.

“I don’t anticipate this is going to be work that is going to take us five or six years,” she reportedly said. “We are committed to this, to understand how to move it forward.”

At the funding announcement, the province announced it will invest an additional $684,000 annually to triple the Newcomer Health Clinic’s budget.

The clinic provides preventive and primary healthcare to government-assisted refugees, privately sponsored refugees and refugee claimants, and has 2,715 patients.

“We have a responsibility to ensure the health and safety of everyone in our province. This includes people who have fled their country in search of safety in Nova Scotia,” said Thompson in a statement.

“Some of these patients have complex medical needs or are experiencing trauma. They may face language barriers or have not received proper medical care for years. We’re pleased to continue supporting the amazing work of this clinic.”

The extra bucks will be used to provide additional services and staff, including:

At the clinic, refugees can get vaccinations, chronic disease management, and routine primary care. The clinic works to transition patients to a family practice in the community within two years.

“Nova Scotia has become home to countless newcomers, and our province has proven itself to be a safe harbour for families who have faced such incredible adversity. This investment puts the Newcomer Health Clinic on a sustainable footing to be able to provide primary healthcare for newly arrived refugees to Nova Scotia for the foreseeable future,” said the clinic’s medical lead, Dr. Tim Holland.